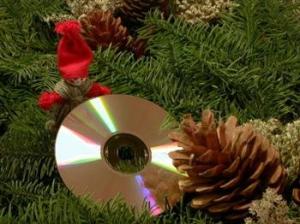 CHRISTMAS is a time for giving,  worship, parties….and dusting off our festive CDs for their once-a-year spin.

I’ve just been going through my favourites and have picked out the ten which have endured the passage of time without losing their appeal.

My choice is purely based on the quality of the music and not because they rekindle memories or have some nostalgic importance. I’ve also shied away from popular songs, which need no introduction, but list those at the bottom.

Mine are all carols and larger-scale “classical” works, some well known and others not. But I hope you’ll lend your ears to them all and perhaps discover a joyful new piece to brighten your Christmases. Click on the title to hear each excerpt.

1. A Ceremony of Carols Benjamin Britten, best known for his operas, wrote this masterpiece in 1942 during a perilous five-week voyage from USA to Britain at the height of war. It is a luscious setting of medieval and 16th century verse, written for boys’ choir with harp accompaniment. It contains 11 movements, starkly contrasting in mood, beginning and ending with the Hodie (On This Day…) and with a solo harp obligato at its centre. To whet your appetite for hearing the whole work, I’ve chosen Balualow, a lullaby to the baby Jesus, in which Mary sings: “O my dear hert, your Jesu sweit, prepar they creddil in my spreit, and I sall rock thee to my hert and never mair from thee depart.” Heavenly bliss.

2. Christmas Oratorio Johann Sebastian Bach wrote this feast of festive music in 1734. It is written in six parts, meant to be played on each of the major feast days of the festive season. Often it is played in it’s entirety – a full three hours of music. The Weihnachts-Oratorium contains many wonderful highlights telling the story of Christmas. As an introduction to new listeners, I’ve chosen the final movement which couples a lively trumpet theme with a slow chorale.

3. Fantasia on Christmas Carols Ralph Vaughan Williams wrote this in 1912 and it was first performed that year at the Three Choirs Festival in Hereford Cathedral. The 12-minute work is based around four folk carols he collected on his travels, with snatches of others such as The First Nowell. It starts slowly and quietly with “This is the Truth”, before raising the tempo with “Come All You worthy Gentlemen”.  The excerpt in this link starts mid way through when the Sussex carol (On Christmas Night all Christians Sing) enters. When “God Bless the Ruler of this House” is ushered in, listen for a host of carols played in counterpoint, including In Dulci Jubilo and the Sussex Carol before it reaches a wonderful climax and a joyous but peaceful ending. Try to hear the whole piece. It is one of the great musical pleasures of Christmas.

4. In the Bleak Midwinter Perhaps the most English of carols. Cheltenham-born Gustav Holst set the words of English poet Christina Rossetti to music in 1906 and it has been a firm favourite ever since. But I have chosen Harold Darke’s anthem setting, written three years later. It’s more difficult to sing so used less as a congregational hymn but it was voted best Christmas carol in a poll of the world’s leading choirmasters and choral experts in 2008.

5. The Messiah George Frederick Handel composed his most famous oratorio in 1741-2 while living in Brook Street, London. He wrote it not for music lovers but to tell the story of Jesus to other people through a large-scale choral work. It is performed in concert halls around the world at this time of year. The Messiah is full of gems, the Hallelujah chorus being most famous. I have chosen this movement – For Unto Us a Child is Born, based on the text of Isiah chapter nine – but do try to hear the whole masterpiece.

6. A Hymn to the Virgin Britten makes a second entry in my top ten with one of his earliest works. The Suffolk-born composer was 20 when he wrote this on plain paper in 1930, drawing in the staves because he had no manuscript book. It is written for eight-part chorus and was one of two pieces by Britten performed at the composer’s funeral in December 1976.

7. In Dulci Jubilo Legend has it this was the luscious sound that filled the air when the angels came to announce the birth of Jesus. The melody first appeared in manuscript form in 1305 but appears to have existed long before then. There have been numerous versions, mostly speeded-up including “Good Christian Men Rejoice” and a modern adaptation by Mike Oldfield. I prefer it played at the original, slower tempo as heard here in an arrangement by J.S. Bach.

8. Bethlehem Down This haunting melody was written to finance a Christmas pub crawl.  Struggling composer Peter Warlock was broke when he teamed up with journalist and fellow bon-viveur Bruce Blunt in 1927. He set the hack’s graceful words to music and entered it for a Daily Telegraph carol contest. They won and blew the money on an “immortal carouse” on Christmas Eve.

9. O Come O Come Emmanuel Perhaps the most solemn of Advent hymns and another gem by that brilliant composer Anon. Originally written in Latin in the 12th century – Veni, Veni Emanuel – it sums up the expectancy of Christmas Day. The composer James MacMillan used the mystical theme for a percussion concerto which I heard premiered at the Proms in 1992.

10.  Gabriel’s Message  This was originally an old Basque carol which was collected by Charles Bordes and reworked in 1892. It tells the story of the archangel announcing to the Virgin Mary of the events that were about to unfold. The words are by Sabine Baring-Gould, who wrote Onward Christian Soldiers.

So you want my pop top ten? Here’s the songs I believe contain some quality for what they are.

1. Happy Christmas. War is Over. 2. White Christmas 3. Have yourself a merry little Christmas 4. Driving Home for Christmas 5. Stop the Cavalry 6. A Spaceman Came Travelling 7. Last Christmas 8. Lonely this Christmas 9. Mary’s Boy Child 10. Merry Xmas Everybody (Yes, you really have got to include Slade!)